Mosby Heritage Area Association Executive Director Richard T. Gillespie will retire Jan. 1, 2017, assuming the role of historian emeritus for the nonprofit organization. His new role as a consultant will allow MHAA to utilize Gillespie’s considerable knowledge of area history in their school and public programming.

Jennifer Worcester Moore, a native of Hamilton, has been appointed the new executive director for the preservation organization.“ Jennifer Moore has the experience, organizational skills and institutional knowledge of MHAA to bring to bear. I am extremely confident in her ability to lead,” Gillespie said in a statement.

Gillespie has been in the public history field since 1967, when he began interpreting the beginning of the American Revolution at Lexington, Massachusetts, while still in high school. He attended the College of William and Mary and began a 30-year history-teaching career at Loudoun Valley High School in Purcellville, Virginia, while also working as a seasonal ranger at Harpers Ferry National Historical Park for many summers. Gillespie retired from teaching in 2004, beginning a new career as the first educator for the Mosby Heritage Area Association.

Immediately following her graduation, Moore began work with the Waterford Foundation, helping with the preservation operations of the National Historic Landmark village for almost five years. She went on to work with the Journey Through Hallowed Ground Partnership for five years.

In 2012, when Moore expressed interest in working for the Mosby Heritage Area Association, Gillespie worked with then-Executive Director Judy Reynolds and MHAA Vice President Paul Ziluca to create a new position for her, hoping to utilize her skill set.

Now, MHAA has named Moore the next executive director. Moore noted in a statement, “As his former student, this transition speaks to the impact that Mr. Gillespie has had on thousands of students, helping them find their niche in the world and empowering them to pursue history as a passion, and if possible, as a profession.” 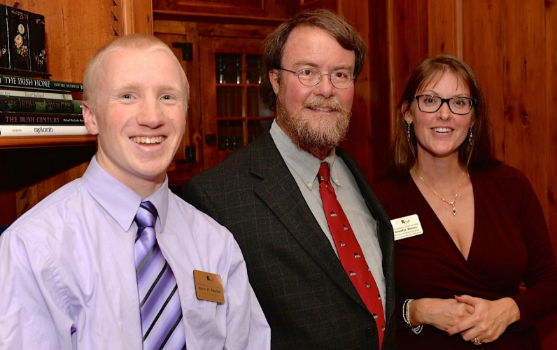 Also starting in January, Kevin Pawlak will assume the role held by Gillespie for a decade, as MHAA’s director of education. As their current education specialist, he has strong interpretive programming skills, National Park Service interpretive training and a burgeoning knowledge of the area’s historical landscape from having partnered with Gillespie and eagerly engaging in his own research.

The Mosby Heritage Area Association expressed enormous optimism about its future in a statement, noting the recent tweaking of its “Preservation through Education” mission with a new website and expanded programming, as well as through this minimally invasive administrative restructuring approach. Moore said MHAA will be “utilizing the various talents of each person while not having to lose the valuable expertise brought by Rich Gillespie after his retirement.”

She is excited about helping the public to know exactly what MHAA does in terms of mission and programs. She observed, “The Mosby Heritage Area Association has been launched into their current position of excellence with the help of Rich Gillespie’s unmatched experience in education. Our school programs — programs that reached 4,800 students in the 2015-16 school year — are above excellent, and are the signature offering of MHAA. Rich Gillespie is a local asset, serving as a sort of oracle of Loudoun County. He has been, and will continue to be, the go-to guy for anything history.” 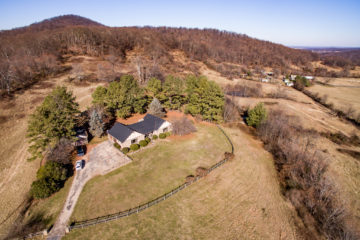